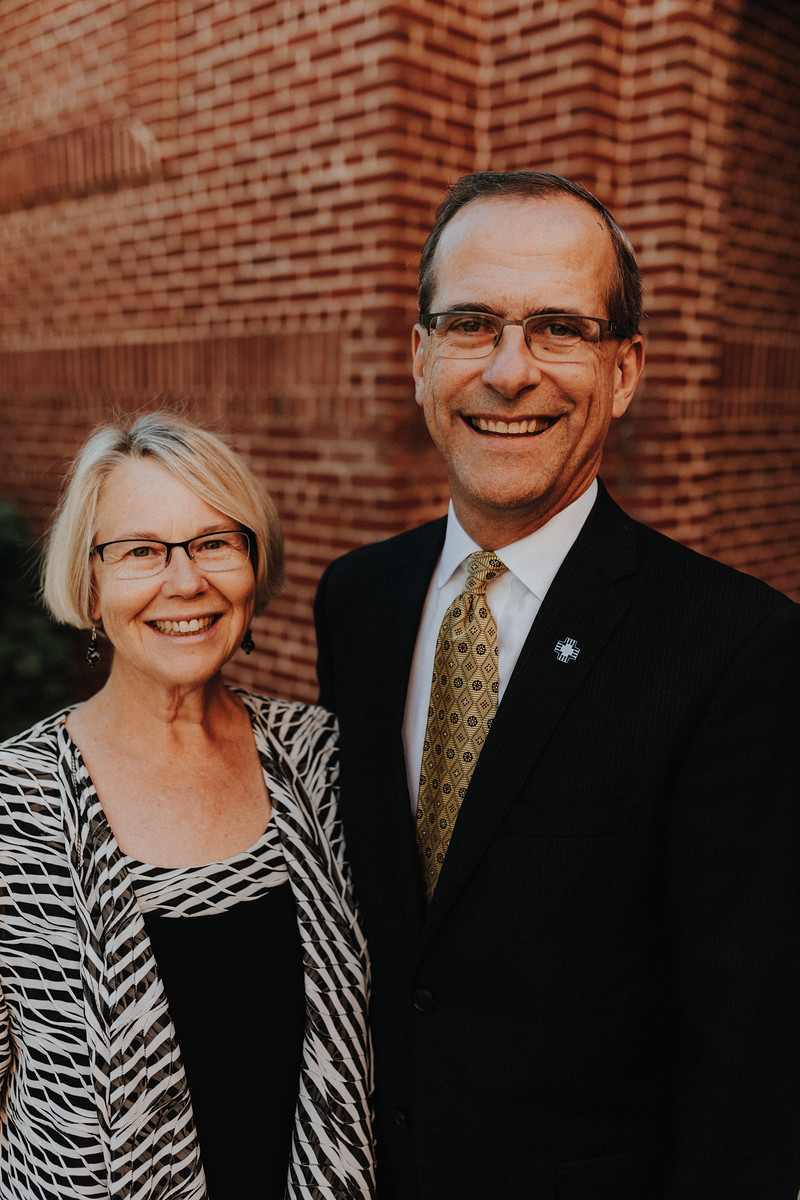 Dr. Laurie Friedrich, longtime educator and Dr. Brian Friedrich, President of Concordia University are selected the Nebraskan’s Friend Awardees for July 4, 2019-named July 4 Parade Grand Marshalls by the 2019 Seward Fourth of July Celebration Committee.  The Seward Fourth of July Celebration will honor the 125th Anniversary of Concordia University in Seward. The slogan for the 2019 celebration is “Education-America’s Foundation!”

“We are happy the Friedrich’s both accepted this honor-they are the perfect couple to tie in with our education theme,  as they are recognized longtime educators and leaders in both the local and state educational circles.” stated Jessica Kolterman, Seward Fourth of July Secretary.  “It is also most appropriate that we honor Concordia’s Milestone Birthday, celebrating 125 years of service, as the university system is so very important to Seward, Nebraska and the nation.”

The Friedrich’s and their family will be honored at the Governor’s Reception on July 4 and lead the Grand Parade through downtown Seward at 4:00 pm.  Following the parade, they will be presented their special “Nebraskan’s Friend Awards” at the Seward Bandshell.

Dr. Laurie (Woglsand) Friedrich ‘80 is an Instructor of literacy methods with a focus on digital literacies in the elementary teacher education program at the University of Nebraska-Lincoln. Along with her colleague, she serves as Principal Investigator for Tech EDGE since 2011 planning and presenting over twenty professional conferences on technology integration to university professors, classroom teachers and administrators, and preservice teachers.

Her current emphasis for Tech EDGE is Innovation in Teacher Education, preparing educators who are effective and confident facilitating learning in innovative settings. Friedrich and her colleague received the AACTE 2016 Best Practice Award for the Innovative Use of Technology at the American Association of Colleges for Teacher Education national convention. Additionally, she facilitates technology integration for teachers in Lutheran schools through TEC21. Dr. Friedrich focuses her research in the areas of new literacies, professional development, innovation in teacher education, and technology coaching.

Since 2004 she has also served as First Lady of Concordia University, Nebraska. Prior to this role she served Concordia University, Nebraska as adjunct instructor in the College of Graduate Studies as well as undergraduate Teacher Education, and as Director of Alumni and University Relations. She also chairs the University’s Scholarship Parade of Homes Committee. Prior to serving in higher education, Laurie taught in Lutheran elementary schools in St. Louis, Missouri, and New Britain, Connecticut.

Prior to serving at Concordia University, Nebraska, he served as pastor of Peace Lutheran Church in Park Falls, Wisconsin, as a religion teacher and dean of chapel at Martin Luther High School in Maspeth, New York and as assistant pastor at Lutheran Church of St. John in Flushing, New York.

He earned a bachelor’s degree at Concordia University in St. Paul, Minnesota, a master of divinity degree from Concordia Seminary in St. Louis and doctorate in Organization and Management from the School of Business of Capella University in Minneapolis, MN.