Theme is “It Takes a Team” 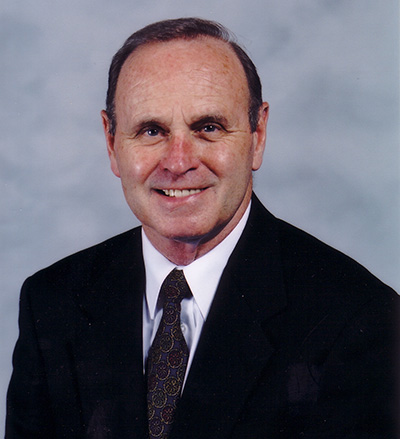 Longtime, former executive director of the Nebraska Cornhusker State Games, Tom Ash of Lincoln, was named the 2013 Grand Marshall for the annual Seward Fourth of July Celebration to be held in Seward on July 4. The honoree is the recipient of the annual “Nebraskan’s Friend Award,” presented to an individual that has given a lifetime of service to others. He was selected by a unanimous vote of the Seward Fourth of July Celebration Committee to be honored as the City of Seward’s annual celebration honoree for his service to Nebraska.

Ash served as the executive director of the Cornhusker State Games from 1987 through 2004-retiring to serving a part-time special projects coordinator with the Nebraska Games and Parks and as a part-time sports feature writer for the Omaha World Herald. He has also served as the Coordinator for the Nebraska Games and Parks Commission’s Nebraska Outdoor Expo in Kearney and has recently been involved with the Ager Golf Course in Lincoln.

“The theme for the 2013 Seward Fourth of July Celebration is “It Takes A Team” and indeed, Tom Ash, as the executive director of the Cornhusker State Games for almost two decades, did serve and work with thousands of sports teams over his years of leadership with the CSG system,” stated Nathan Sorsen-youth co-chair for the celebration. “We are excited to honor, recognize and thank Mr. Ash for all he did to create the Nebraska State Games program that is considered one of the premier State Games programs in the nation.”

Ash is a lifetime Nebraska resident, born in Omaha Nebraska and was a graduate of North High School in 1958, the University of Nebraska in Lincoln in 1961 and Omaha University in Journalism in 1963. He served in the Nebraska National Guard from 1963 to 1966 and in the US Army Reserves from 1966 to 1969.

From 1966 to 1981 he worked for the Omaha World Herald as a general assignment reporter, police reporter, sports writer, state college editor, metro prep sports editor; University of Nebraska athletics beat writer and columnist. He worked for KETV in Omaha as a reporter, photographer, and assistant news director and for KMTV in Omaha as an intern, general assistant reporter and photographer.

Ash will be honored and recognized and introduced at the June 11th annual July 4 Kick Off Luncheon held at the Seward Civic Center at noon and he and his family will also be honored and recognized on July 4 at various events throughout the day-including the annual Governor’s Reception and Grand Parade at 4:00 pm. He will be recognized also at the Seward Band shell following the grand parade with the “Nebraskan’s Friend” Award.

“We are honored that Mr. Ash has consented to be with us on the Fourth. He is a major celebrity in many sports circles and a legend in the Nebraska State Games program, as well as the National State Games circles. He knows so many in Nebraska and we are happy to say “thank you” to him for his many years of service and leadership to the many teams across the State of Nebraska,” stated Youth co Chair-Morgan Prochnow of the Seward Fourth of July Committee. “Our theme is “It Takes a Team” for the 2013 celebration and no one has worked with more teams than Tom Ash. We hope many can “Spend the Fourth in Seward” on July 4 to thank Tom Ash in Person!”