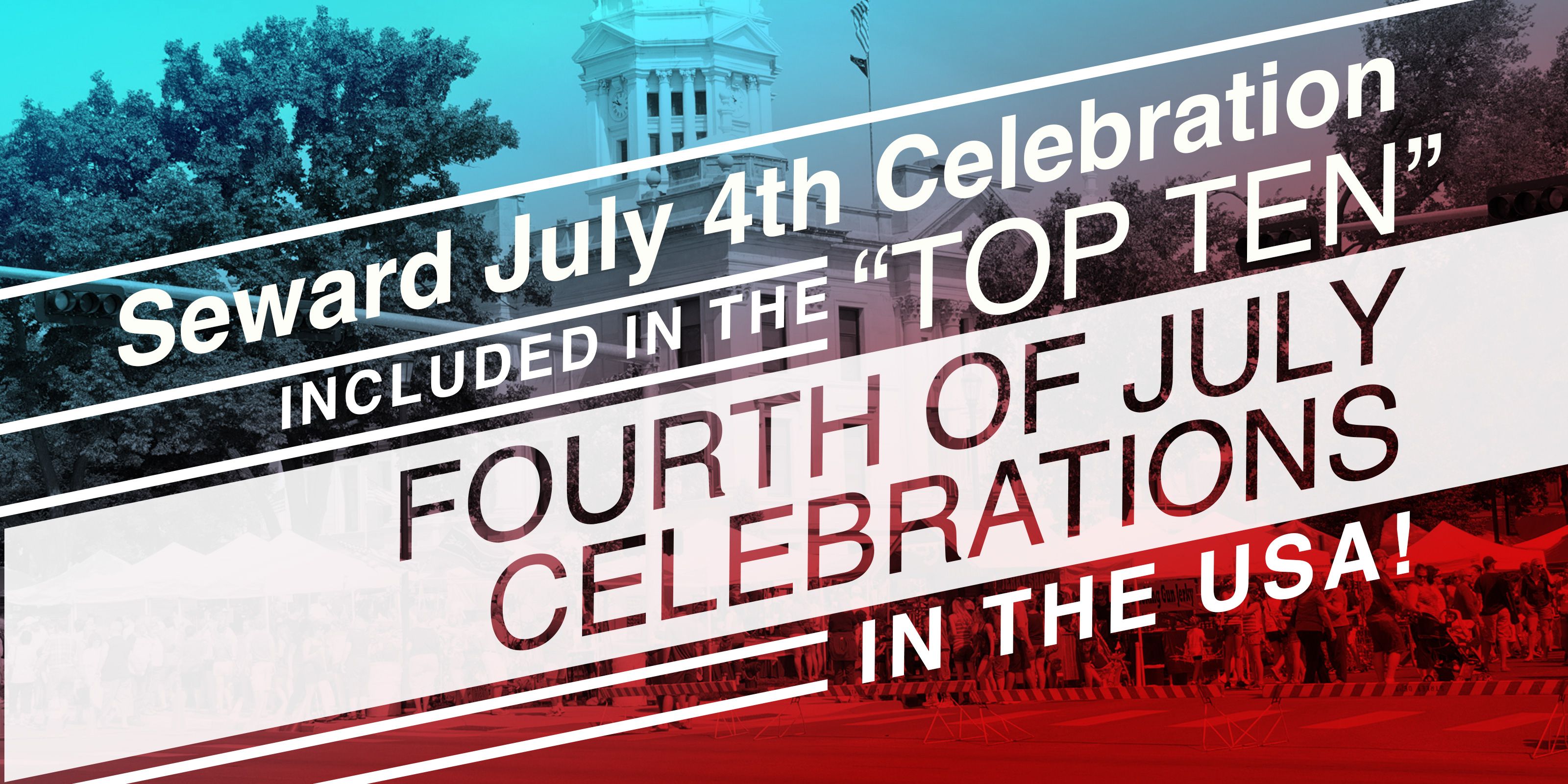 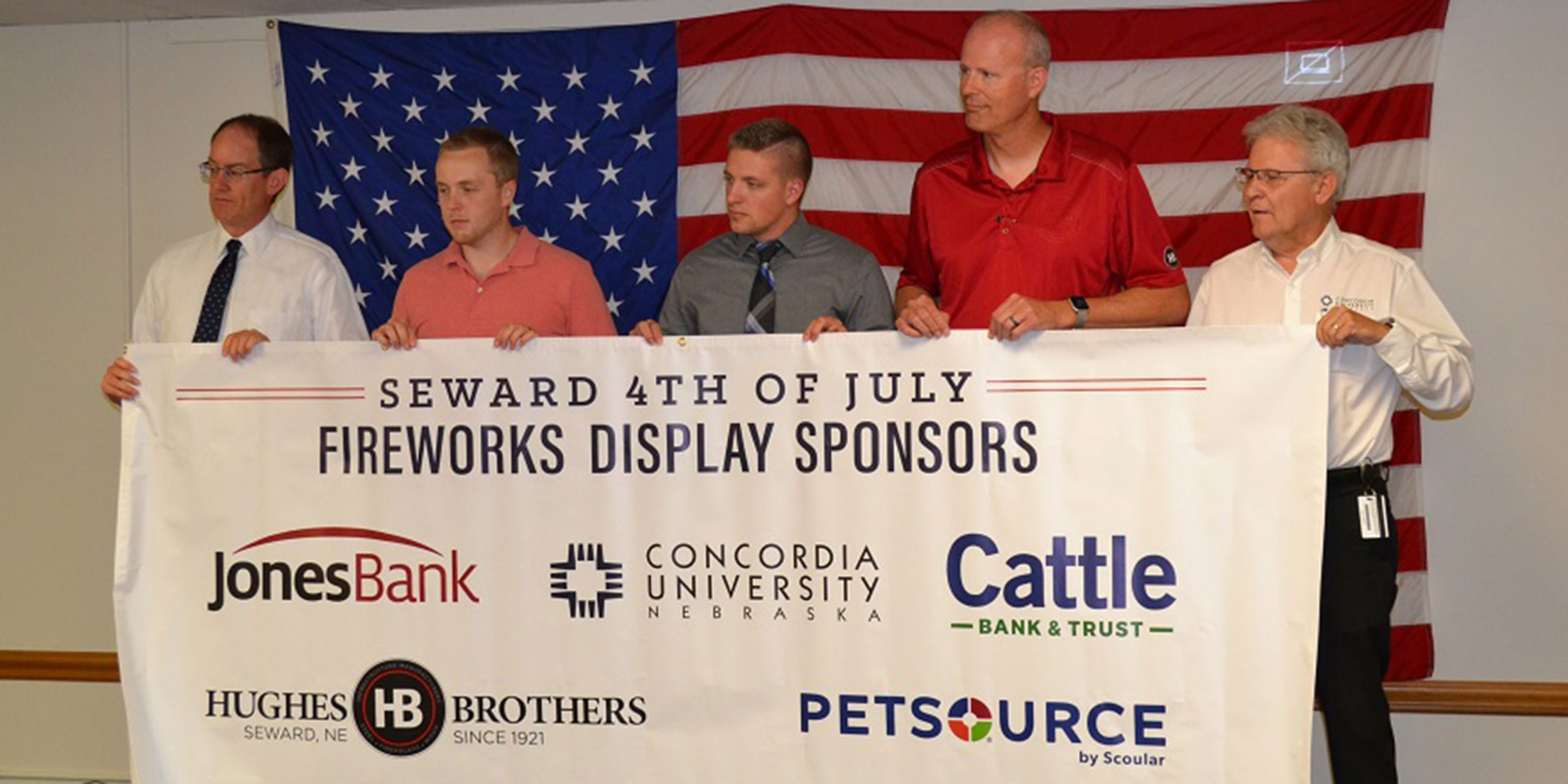 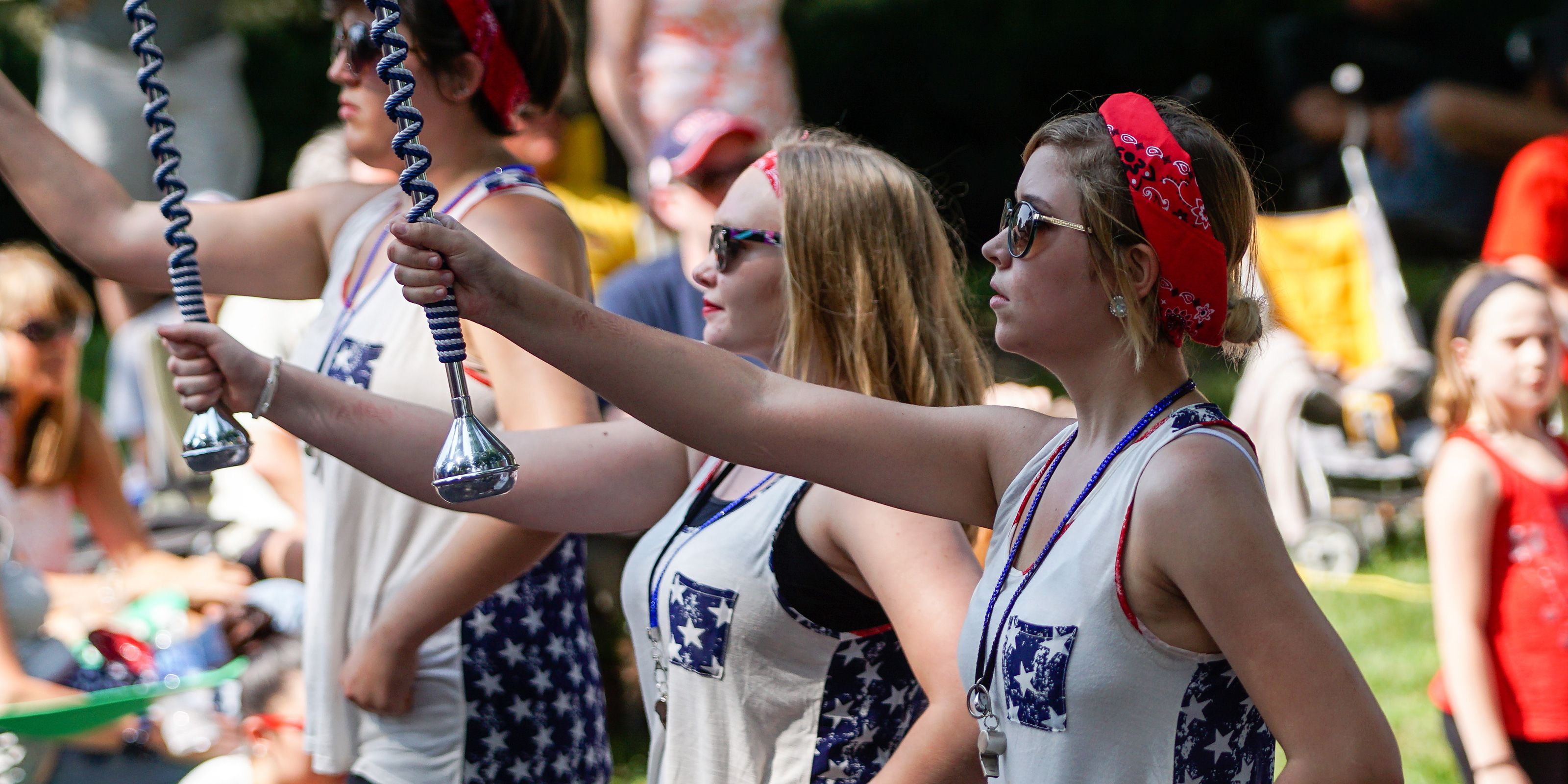 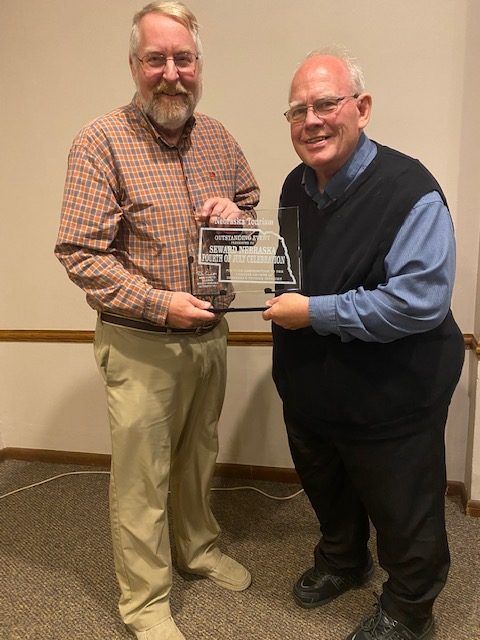 It’s official-the Seward, Nebraska 2021 Fourth of July Celebration was named the TOP Festival/Event in Nebraska for 2021 by the State of Nebraska Department of Tourism and the Nebraska Tourism Commission. The Award was announced at the Nebraska State Tourism Conference in Grand Island, Ne on October 21, 2021 at the annual Tourism Awards Banquet. The award was presented by State Director of Tourism John Ricks and State Tourism Commission Chair Roger Jasnoch of Kearney. Longtime volunteer and leader of the Seward Fourth of July Committee, Clark Kolterman accepted the award on behalf of the all-volunteer Seward Fourth of July Celebration Committee and Community of Seward. Also attending the State Tourism Conference was Jeanne Wiemer, Pat Coldiorn, Gerry Meyer and Mary Meyer.

The award was presented to a community with an outstanding festival or event with a population of less than 9,999. Winning the same award in the large community division was Lincoln and the Lancaster County’s hosting of the High School Rodeo in 2021.

“We are thrilled with the award and thank all who made this July Fourth Festival and all the previous festivals a success. This year’s 2021 festival had the perfect theme-“Made in America,” saluting Hughes Brothers Inc.’s Centennial year—thanking and honoring the Hughes Family,” commented Clark Kolterman, Seward Fourth of July Celebration Committee representive. “Our celebration is an all-volunteer year round effort to bring a family event to Seward and Nebraska each year. It is a special award this year, as we had to bounce back after COVID-19 and produce an award winning event. It was a total community effort and the award goes to the community and the volunteer committee members.”

“We need to also thank the Seward County Independent, who assisted with the Fourth of July’s Entry for the Awards Contest and to Jean Kolterman-the Seward Fourth of July Committee’s Corresponding Secretary, who coordinated the scrapbook and entry forms for the award,” stated Gerry Meyer, representing the Nebraska National Guard Museum on the July Fourth Committee. “I know is not the first time Seward has won this title, as they won the award six years ago at the State Tourism Conference in Columbus, but after the craziness of these last couple of years-it is sweet to have the trophy and recognition again in Seward.

The etched glass award, signed by Governor Pete Ricketts is on display at the Seward Civic Center in the West Fireplace Room at the present time, for all to enjoy.

Seward’s first Fourth of July was held on July 4, 1968, shortly after Seward was organized in 1867. The men had dug a well in the town square they decided to have a community Fourth of July Celebration, complete with speeches and music. The speeches and music were presented on July 4, 1868 standing on the mound of dirt created by digging the well on the square. A special US Flag was created and displayed by the ladies of the area and is still on display today, at the Seward County Historical Society Museum in Goehner, NE. 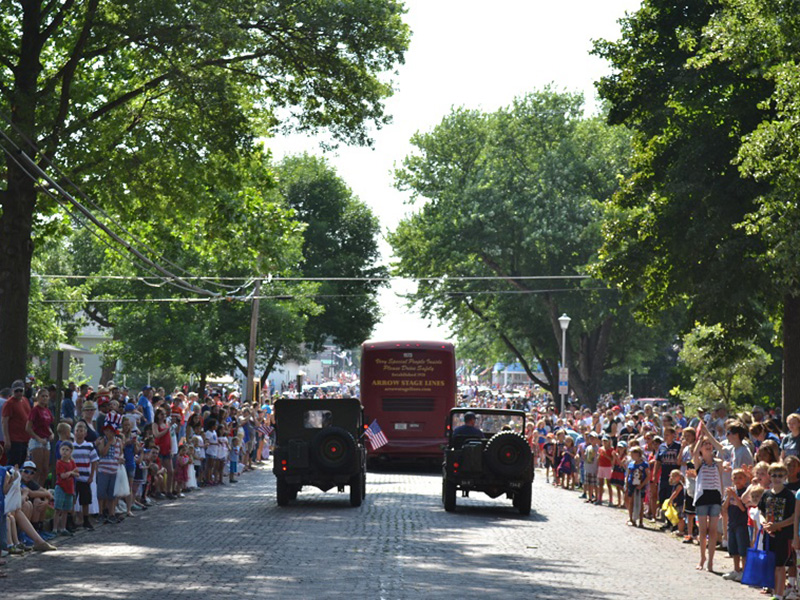 The grand parade kicks off at 4:00 and travels west down Seward street through the heart of downtown. 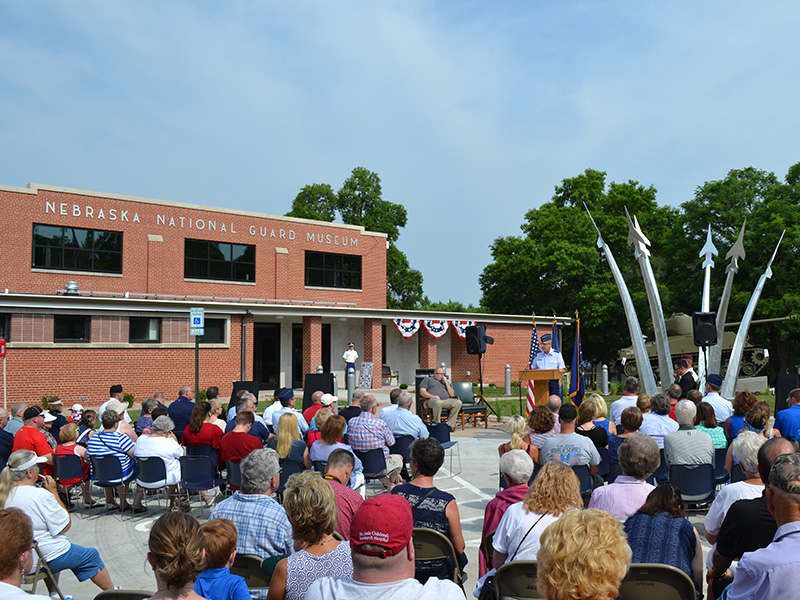 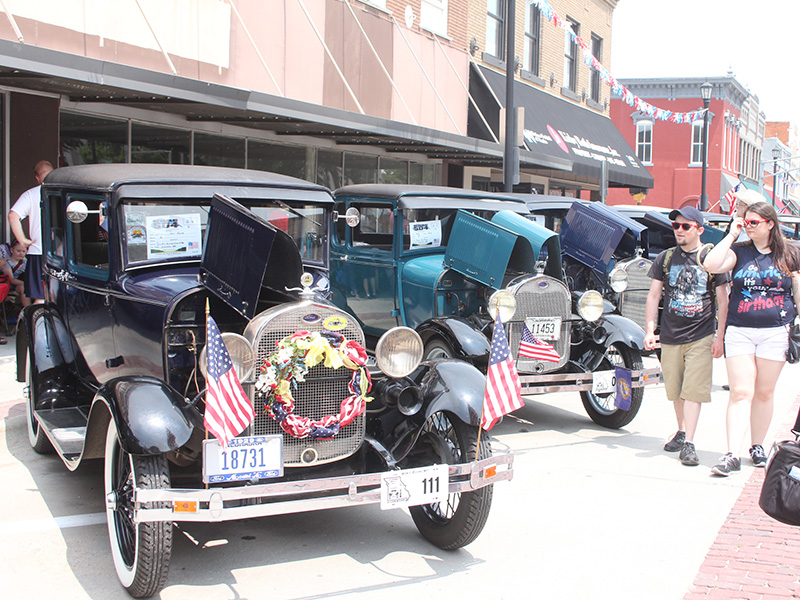 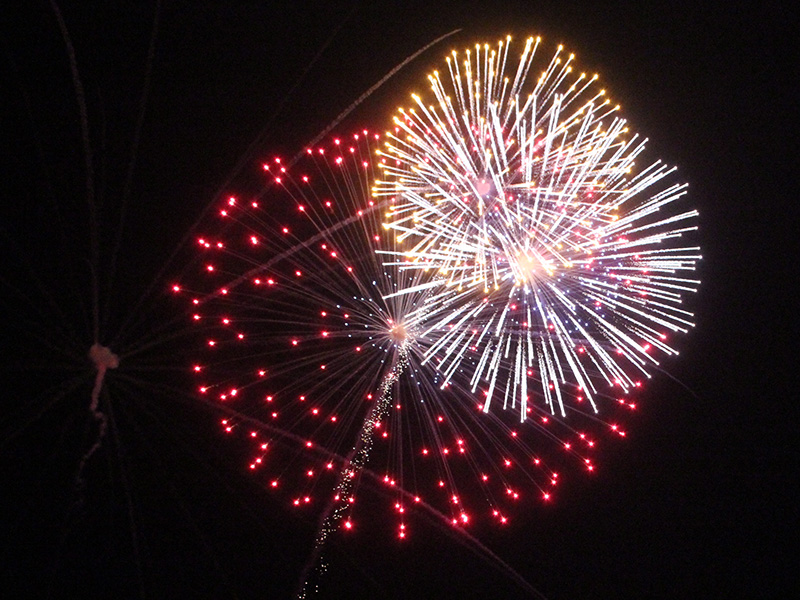 A free, giant fireworks extravaganza is held at Plum Creek Park at 10:00 p.m. 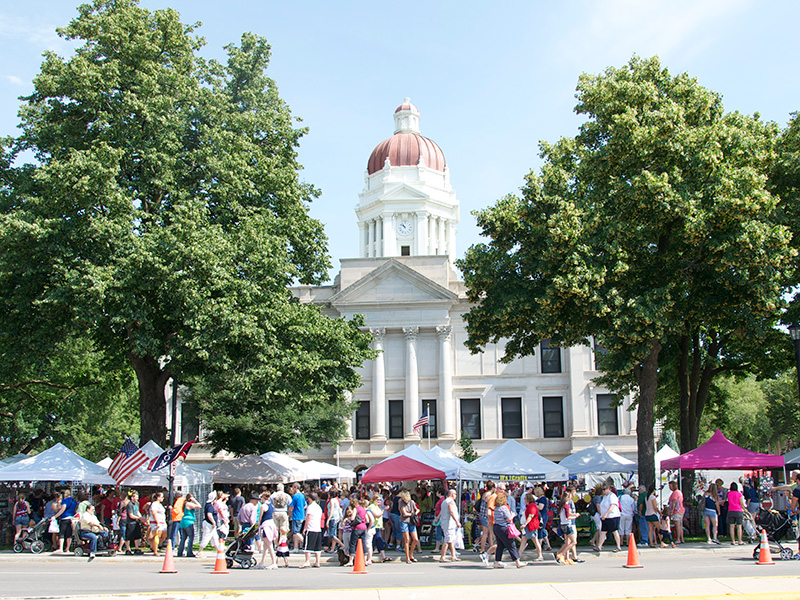 "Crafts on the Square” is one of Nebraska’s Best Handmade Craft Shows and takes place in the courthouse lawn from 9:00 – 4:00. 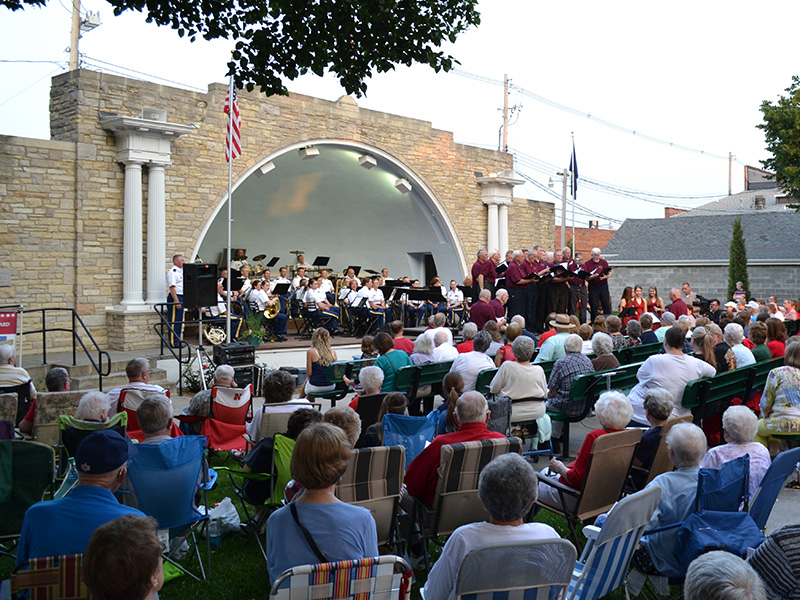 The Seward Bandshell is busy on July 4th with live music, dancers and cloggers, contests and more! View the full schedule of events!

And Even More! Including...

Free Movies at the Rivoli Theater